The Italy China Foundation and the Italy China Chamber of Commerce join the celebrations for the fiftieth anniversary of the opening of relations between Italy and China. Half a century during which two countries with millenary traditions like ours have listened to and compared each other, have learned to trust each other and to collaborate to create fruitful exchanges in many fields.

This important anniversary falls at a historic moment that sees us all protagonists of a global fight against a terrible virus, which has nevertheless seen our peoples united in the health emergency, with mutual aid that has allowed us to face this difficult moment together. The experience of the pandemic has confronted us with many questions but at the same time has also offered us certainties. One of these is that China is already and will be even more one of the great protagonists of the post Covid-19 recovery: this is demonstrated by the speed with which the country has reopened its activities and aims to give new impetus to consumption. What happens in China has immediate and profound effects on other countries as well and we can be sure that the Chinese restart will soon be followed by a global restart. Our hope, therefore, is that once the crisis is overcome, dialogue and cooperation will restart with even greater enthusiasm to strengthen relations, increase exchanges and facilitate synergies in all areas where we collaborate.

Greetings to Chinese institutions come from two realities that since their birth have worked actively to promote political, economic, commercial and cultural exchanges between our two countries: the Italy China Chamber of Commerce since 1970 and the Italy China Foundation, created by Cesare Romiti, since 2003. And the greeting to the Chinese institutions and people comes directly from their Presidents.

"Fifty years of history are always important but in the case of relations between Italy and China they have a particular value - declares Mario Boselli, President of the Italy China Foundation -. Just think of the succession of events and the exceptional quantitative and, lately, qualitative growth of China and its productions. I have been a good witness, since 1978, for 42 years of repeated trips to China and I have been able to see the change from a fearsome competitor for Italian manufacturing productions to a coveted destination for our products, especially in the fashion sector. I am now pleased as president of the Italy-China Foundation to further contribute to the development of relations, in all fields, between our two countries”.

“There are dates that determine new paths in relations between people, institutions, states - says Pier Luigi Streparava, President of the Italy China Chamber of Commerce -. One of these is, without a doubt, the date of October 16, 1970 which marks the birth of the Italian-Chinese Chamber of Commerce. This date, and here is its historical significance, anticipates that of November 6, 1970, which celebrates the re-establishment of diplomatic relations between Italy and China. This year, in celebrating the two dates, duly remembered on all previous anniversaries, the last time in 2015 on the occasion of the 45th of the Chamber, the numerous initiatives deployed by the Chamber in these 50 years inevitably come to mind. These are initiatives determined by the different political and economic seasons of our two countries and which have favored the strengthening and improvement of their relations, thanks also to the continuous and positive collaboration that the Chamber has always had with the Chinese Embassy and Consulate in Italy".

On 22 October the Italy China Foundation and the Italy China Chamber of Commerce celebrated this important anniversary with an online event entitled "Italy and China: 50 years of relationships and collaboration". The initiative was strongly desired as an opportunity to celebrate 50 years of diplomatic relations and the foundation of the Chamber of Commerce, as well as to deepen specific issues in the field of bilateral relations between our two countries thanks to the intervention of representatives of Italian institutions, European and Chinese, as well as exponents of the business world. 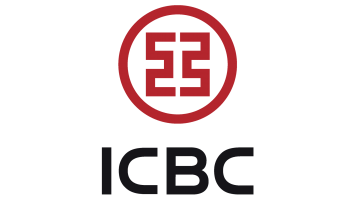